Pink-footed geese have been neckbanded in 2012 in Denmark (March) and Svalbard (August).

During the spring of 2012 we attemted to catch pinkfeets, as usual, in the Vest Stadil Fjord in Denmark. Unfortunately, the numbers caught where low (39 pink-footed geese were fitted with white neckbands). This was, among other things, due to the large and still increasing number of barnacle geese that are present in the area during recent years. We are on the lookout for an alternative catching site, since we have planned to neckband several hundreds of pinkfeets during the next few years.

Moreover, an international team led by Jesper Madsen caught and ringed pinkfeet on Svalbard this year. In the beginning of August they caught in total 350 birds, of which half where juveniles, at three different sites (Sassendalen, Skansen and Daudmannsodden). The adult birds were fitted with a metal ring and a white neckband. Juveniles were too small to be neckbanded and received a white legring in addition to their metal ring. The white legrings are engraved with a two-digit code, read downwards, consisting of a letter and number, two letters, or two numbers. 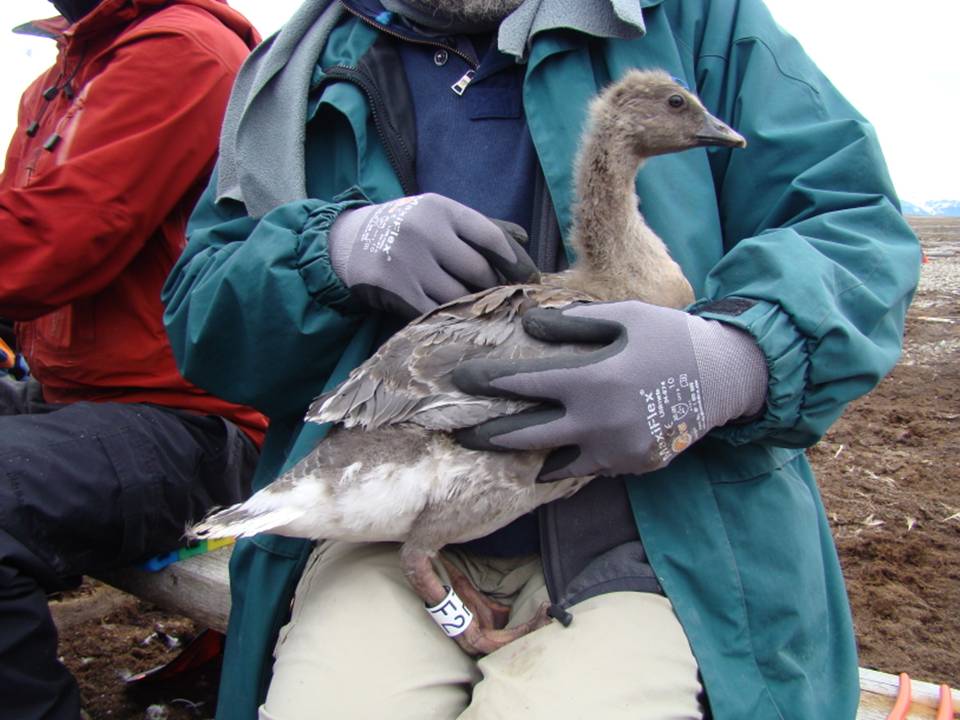