A colour-ringed barnacle goose from the resident population in the Netherlands was recently observed and photographed in Henan Province, Eastern China. This constitutes the first ringing record of barnacle goose in China, where it is a rare species.

According to the local birder community, the bird had already been around at the site near the Yellow river in Henan Province for a few weeks during December 2020 with a large flock of Bean Goose and a few Red-breasted Goose and was accompanied by a second, unringed individual. The birders had been trying to read the rings for some days, and finally read it as Yellow T Blue V (YTBV) on 1 January 2021. During that day, it was close enough to be photographed by Yu Xiaoyan. The photographs clearly confirm the identity of the bird. The observation was subsequently reported to geese.org by Katherine Leung, where it was noted by Cor van Aart. 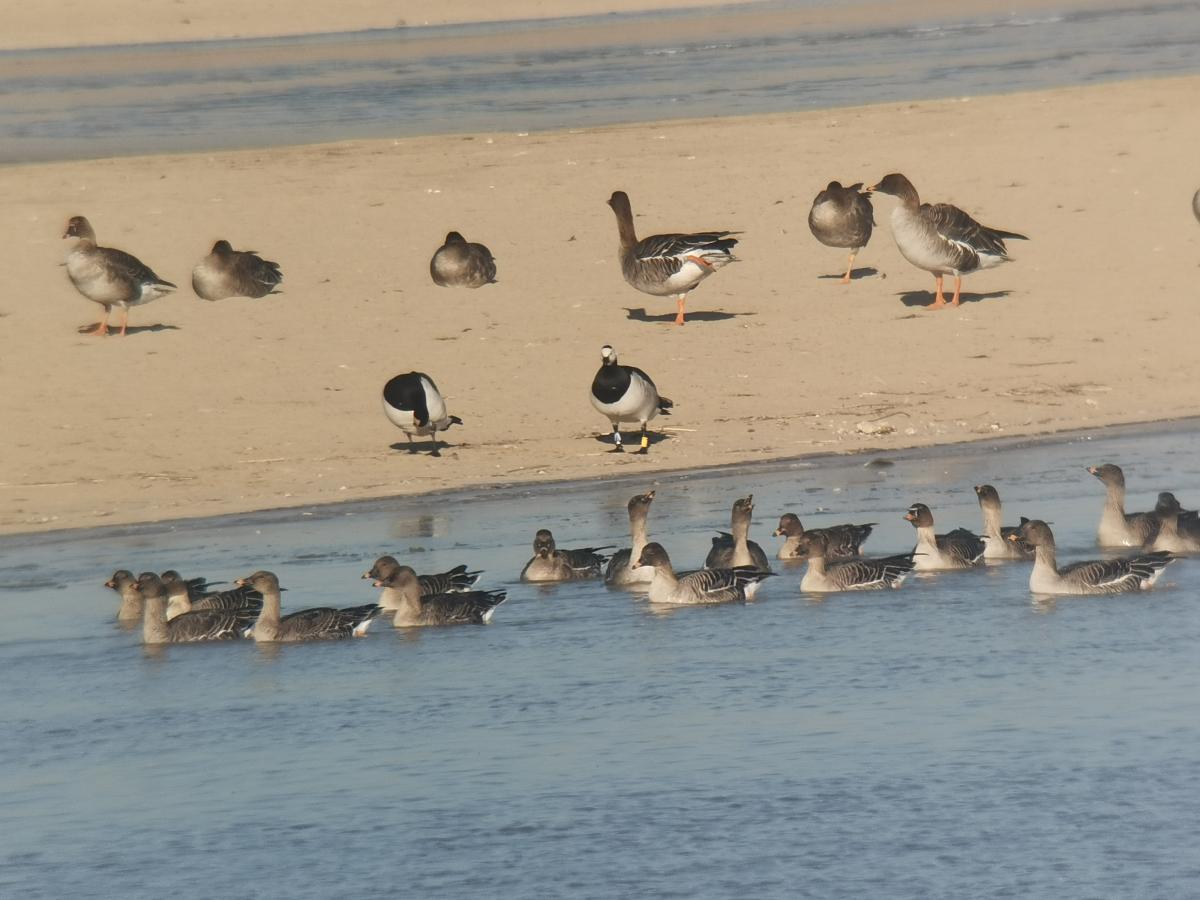 Yellow T Blue V was ringed as a juvenile male at ‘Westplaat Buitengronden’, one of the breeding colonies in the Delta area in the Southwest of the Netherlands, in July 2019. It was subsequently observed regularly in the same area during winter 2019-2020 until 9 April 2020, after which it disappeared. Presumably, it migrated north together with a female it had met during winter. It is not unusual for young barnacle goose males from the otherwise resident population in the Netherlands to disperse to other populations to breed, when they pair with a female from one of these populations. However, such dispersal normally happens within the barnacle goose Flyway. There are only very few sightings of barnacle geese east of their traditional range in Russia during the breeding season, but these few observations indicate that the species at least attempts to breed further East occasionally.

The wintering site of YTBV in China may indeed indicate that this bird tries to breed somewhere on the Yamal or Taymir peninsula, and migrated southeast instead of southwest during the subsequent autumn. The local birders in Henan will try to keep an eye on  and hopefully more reports of this globetrotter will be entered in geese.org in the future. The distance from the ringing site in the Netherlands to the wintering site in China is a staggering 8.200 kilometers! The spectacular observation also shows the value of geese.org in connecting goose-watchers from across the globe. Without a platform like this, the observation might easily have vanished into oblivion.